In stock In stock Pre-Order Out of stock
Falcon, the Halberd Head - Calimacil LARP Spear 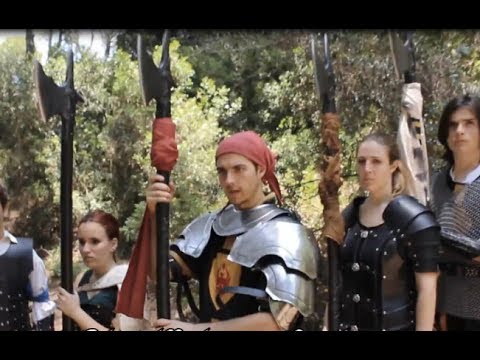 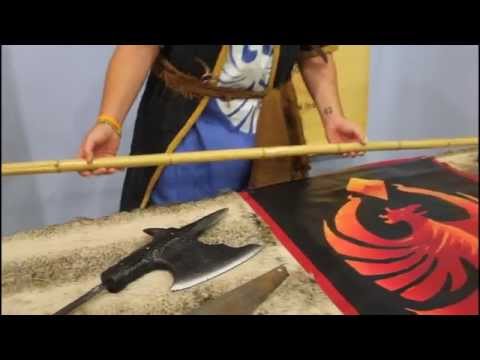 Availability: Out of stock

SKU: HF67R-BG
How do you think that we, the Swiss people, were able to keep the peace in our lands, free from invaders and wars, through all the scarring conflicts of the Renaissance? While the French were fighting with straight swords, and southerners with curved ones, we had a great advantage: their blades never reached their foes. Our halberds kept the best knights at bay, and a simple battle formation could stop the most persistent riders. The solution was really that simple. Put a longer shaft behind the blade, and you’ll stay alive longer. With our halberds, we will surely be able to keep the peace in our lands for centuries to come!

Calimacil’s halberd head gets revamped! Safe as always with its almost indestructible foam, softer than regular Calimacil weapons, its appearance becomes more realistic than ever, with a forged metal texture and steel-coloured blade. Some silver highlights complete the illusion. It is possible to mount this halberd head on multiple shafts, like bamboo and PVC, so any character can be at home with one of these weapons. Special thanks to Drakuler Dragon who suggested this name on our Facebook page.

Bodyguards and militiamen alike will like the halberd as a social and military status, and wise fighters will be able to keep their enemies at bay with its reach. Moreover, every armed garrison wanting to battle knights would be smart to use those weapons, as they are perfect to stop any charge and horse. Photo credit: Claudie Lavoie for the picture and Mary-Ève Grégoire for the editing.

I tried it on the battlefield and it was light, precise and unforgiving.
Installed it on my bamboo shaft with the calimacil pommel and the rod under the head is long enough to really root itself in the bamboo shaft. Gotta drill on membrane to fit it to the max. All in all, good liking and works great.

I mated mine to a 6' bandshoppe pole, put about two feet of pipe foam near the Falcon, and wrapped it all in a thin strip of duct tape. My side of the workmanship is.. rudimentary, but the same can't be said of the Falcon. It's a great piece, offering the benefits of a spear as well as an axe, all while being incredibly affordable. I rarely take my halberd out to duel anymore, but only because it's so good that my friends won't fight me if I use it! Definitely a solid choice for any warrior, on the battlefield or in a duel.

The overall weapon is, durable, good looking and gets the job done.
I've had mine for 2 years now, changed the bamboo shaft multiple times but at the Bicolline Campaigns, we fight hard and really put our weapons to the test.
Theres is, 2 major issues. One that is not too bad, and one that makes it a hard sell.

First issue, the weight. On top of a 6.5ft pole, it's verrryyy heavy, and unless your bamboo shaft is thicker, which also adds to the weight, the shaft will break after 1 or 2 campaigns.

Second issue, the worst one. The spike. I've had to repair mine 3-4 times during battle, and 6-7 times at home in the last 2 years. As practical as it is, this part of the head is way too weak, and when the spike breaks, it exposes the tip of the fiberglass rod, which can become quite dangerous if you don't notice it yet in the midst of battle. It's quite a common issue, i've seen more than 6 or 7 of them at Bico only, and every single one of them have had the tip break at one point or another or have shown signs of weakness. For these reasons, I cannot see myself giving it more than 3 stars.

It's a good cheap axe head, don't get me wrong, but being the ONLY makers of pole-less heads aside from Mitryl, they should at least have 2-3 more designs of halberd / glaive heads to offer a good variety, because right now, it's seriously lacking.